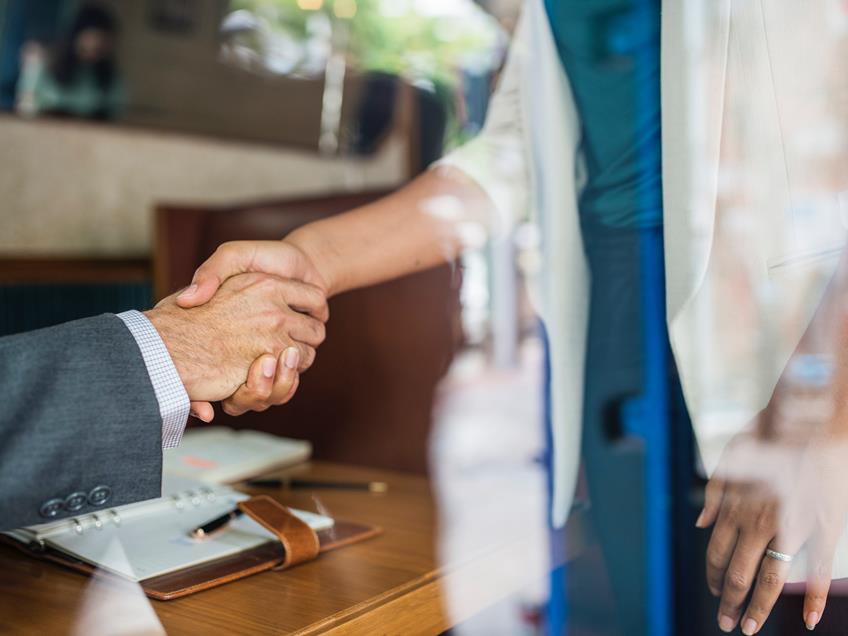 Top 10 Questions To Ask In A Job Interview

When preparing for a job interview, most people spend the majority of their time worrying about all the questions their interviewer will likely throw their way. Questions like:

That’s not a bad thing. Anticipating the questions you’ll be asked and preparing an appropriate response to each is important if you want to perform at your best in an interview.

Interviewing is a two-way street. The best interviews are conversations, not interrogations, and the quality of the questions you ask can differentiate you from other candidates who may not put as much thought into them.

The questions you ask can also uncover valuable intel about the company and the role for which you’re applying, which can help you make a more informed decision should you receive a job offer.

Here are 10 of my favorite questions to ask in a job interview along with a short explanation of why:

This question forces your interviewer to think about how the company compares to other companies she’s worked for in the past, and its open-ended nature leaves room for both negative and positive aspects of her experience. You’re likely to get a better sense of its truly differentiating factors than if you had simply asked about what it’s like to work for the company.

As a prospective hire, it’s important for you to understand your likelihood of being successful should you choose to join the company. A good leading indicator of that is how well your immediate team is performing against their goals. Pay attention to any hesitation or uncomfortable body language your interviewer may exhibit when answering this question — it could mean the picture he’s painting you isn’t nearly as rosy as he says it is.

Understanding the skills that lead to success in the role you’re interviewing for will help you determine whether or not the role may be a good fit. It’s usually a more effective strategy to leverage and build on strengths you already have rather than try to correct and develop any weaknesses, so it helps to know which camp you’ll likely fall into should you land the role.

Your success is only as good as the people defining it. You want to make sure that the people doing the goal-setting are approaching it in a fair, equitable way that won’t leave you out in the cold. Asking this question will also position you as someone who’s goal-oriented, which employers always like to see.

The subtext of this question is actually more important than the words in the question itself. It says, “I plan on being a top performer here. How will I be awarded for that?” This positions you as hungry and ambitious, someone who cares about being the best and is willing to put in the hard work to make it happen.

I love this question simply because of how open-ended it is. When you ask it, you never quite know what you’re going to get. Your interviewer might be inclined to share something he otherwise wouldn’t and give you information that most candidates would never receive. Of course, you could get the standard corporate-speak, but it’s worth rolling the dice to find out.

This question is slightly risky, but it can pay off if it falls in your favor. If you happen to be a leading candidate, getting your interviewer to admit as many plants a flag in the ground will be more difficult for her to walk back later. That’s because once people commit to something, whether it be a belief, action, or decision, it goes against their nature to reverse that commitment. Having your interviewer say “Yes, you’re my gal!” puts you in a great spot. If the opposite is true, it’s not the end of the world — find out why and work to change it.

Part of being interviewed is being subjected to your interviewer trying to sell you on why her company is a great place to work. This question can help you get past the canned fluff and uncover potentially concerning aspects of the company that could affect your decision to work there. The key is to always magnify your interviewer’s answer 10x to get to the real truth. If he says “it sometimes takes a little longer to come to decisions than I’d like,” that means the company takes forever to make decisions. It’s up to you to read between the lines here and ask follow-up questions if needed (just don’t be annoying about it).

This is possibly my favorite question of all time that you can ask in an interview, and it has to happen at the very end when you’re about to close out the interview. If your interviewer says “No,” then you’ve pretty much guaranteed that you’ve made it to the next stage. If he says “Yes,” then you can work to dispel the opinion and suggest more time with other people on the team to alleviate their concerns. Either way, you’re moving forward in the process and have more time to make your case. It doesn’t work 100% of the time, but it’s crucial for helping you know where you stand in the process.

When it comes to a job interview, asking good questions is the best offense and puts some of the power back into your hands. Don’t be afraid to ask for clarity when you’re uncertain about something, and probe the details you’re interested in learning more about.

Far better to do your due diligence now and uncover something you don’t like than to uncover it when you’ve already started your new role. It’s your career, and you’re the one who has to live with it every day.

Are you interested in joining the Gartner team? Search for a new opportunity here.

5 Tips To Ace a Behavioral-Based Interview